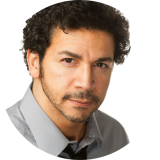 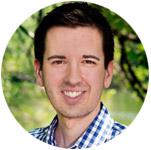 Zac Bradford (Hons), 2015, is an Australian singing teacher. He holds an Advanced Certificate in Vocal Pedagogy from New York University, where he was mentored by Dr. Brian Gill. He holds a MMusSt (Voice Pedagogy), GDipMus and BMus (Jazz Voice) from the QLD Conservatorium of Music (Australia). He has worked as Adjunct Faculty in Voice at NYU Steinhardt, and as a Voice Teacher Associate at New York Vocal Coaching. Zac has recently returned to Australia, where he manages and teaches voice at New York Vocal Coaching AUSTRALIA, the first international branch of NYVC. On stage, he has worked professionally as a gig singer, performing in a wide variety of styles, ranging from Jazz to Pop and various other mediums in the contemporary music genre. Zac is passionate about seeking a holistic, integrative, evidence-based approach to voice training, where detailed scientific information is mindfully linked with practical application. 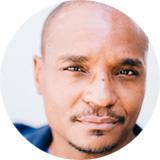 I Putu Budiawan (Hons), 2014, is a Senior Lecturer in Theatre (Acting) at Victoria College of the Arts, University of Melbourne, Australia. Formerly Head of Voice and Speech at Lasalle College of the Arts, Singapore, he is a Certified Integrative Studies Practitioner, an Associate Teacher of Fitzmaurice Voicework®, an UNESCO Designated Master Teacher of Maskwork, the first African American Ceremonial Mask Dancer of Bali, and a member of the Asian Pacific Bureau. He teaches Mask Work, Fitzmaurice Voicework®, Michael Chekhov, Clown, Viewpoints, and Grotowski Technique. He coached Michelle Williams for her Academy Award nominated performance in Ang Lee's movie Brokeback Mountain. He is a PhD candidate at Goldsmiths University of London and will complete the degree at University of Melbourne. 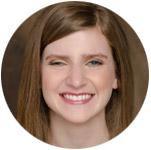 Sammi Grant (Hons), 2015, is a Chicago-based dialect/vocal coach. She earned a BFA in Acting from Illinois Wesleyan University and spent her latter two years focusing on voice and dialect work. Since graduating in 2012, she has served as the dialect and/or vocal coach for over 25 productions around the Chicagoland area. Sammi also does private dialect lessons and has provided audition prep and out-of-rehearsal coaching for countless clients. She works as a freelance voiceover artist and is a resident talent for Piclody Co. As she continues to develop her career, Sammi would like to explore voice work in non-theatrical settings, e.g., public speaking, accent reduction for corporate/business clients, and voice therapy. Sammi is legally blind and connects to the world around her mainly through auditory and vocal means. She wants to help people—both in theatre and out—find and use their full vocal potential. www.sammigrant.com. 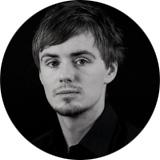 James Harrison (Hons), 2014, is an Australian theatre-maker, musician, and performance coach currently based in Tasmania. His theatrical credits range from stage management positions and writing, to directing and performing in musical, classical, and contemporary theatre. James is passionate about creating new works that explore the Australian experience, as well as investigating the methods by which performers train. His ongoing work centres on exploring the notion that many of the exigencies of performance could be addressed in training by implementing key elements of Kendo, a Japanese martial art, and he has devised a series of exercises that explore those concepts. Pivotal to the work Is the idea that increasing demands on muscles used for vocalization in training, prepares the performer for easier vocalization in performance. At the inaugural AusAct: Australian Actor Training Conference in 2018, James presented a paper, “Within and between: Integrative performer training and the sword,” further illustrating the work. James has a Bachelor of Contemporary Arts (Hons) from the University of Tasmania Launceston. 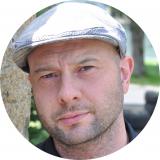 Dr. Robert Lewis (Hons), 2017, is a Lecturer in Acting for Stage and Screen at the School of Communication and Creative Industries, Charles Sturt University in New South Wales, Australia. From 2004 – 2016, he lectured in the Theatre Program at Tasmanian College of the Arts, University of Tasmania (UTAS). He is a graduate of UTAS (BPA and PhD), Monash University (BA Hons), RMIT (Education), and NIDA (Grad. Dip. Dramatic Art - Voice Studies). His PhD focused on intercultural performance training aesthetics and integrative practices. He is a director, theatre maker, and voice/movement teacher who is passionate about integrating voice with various movement and physical theatre practices. He has trained both in the Suzuki Method and in Butoh. Robert has published theatre performances and training films through Contemporary Arts Media (Artfilms), and has written academic articles on the subject of voice/movement integration. He is Director of the Voice Theatre Lab and its associated company, Persona Collective, a performance group focusing on integrative practice and research. 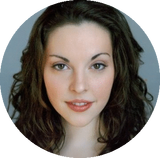 Maggie Marino-Pitts (Hons), 2016, is a musical theatre performer originally from the Boston area. The past two years, she has been teaching dance at Wagner College and serving as Resident Choreographer in the Theatre Department. At Wagner she choreographed and staged A Chorus Line (2016) under the direction of Michele Pawk, and co-choreographed Cats with director and Head of Dance Rusty Curcio (2015). Maggie holds a Masters with Distinction in Musical Theatre Performance from the Royal Conservatoire of Scotland, and was in the national tour of The Addams Family 2013 – 14. 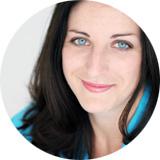 Amanda Wansa Morgan, 2014, is Coordinator for Musical Theatre and an Assistant Professor at Kennesaw State University, Atlanta, GA. From 2012 - 15, she was on the Theatre Arts faculty at The University of Mississippi, where she directed Marisol and Time Stands Still, and music directed Hairspray. She was Director of Music Education at Charleston Stage from 2009 - 12 and worked on 28 productions as director, music director, sound designer, and voice/dialect coach. Amanda holds an MFA in Acting from The University of Central Florida and degrees in Music (Voice) and Theatre from Florida State. She has music directed for Post Playhouse (NE), and Playhouse on the Square (Memphis, TN), and worked as an actor at Orlando Shakespeare Theater, Seaside Music Theater, Oxford Shakespeare Festival, Tony and Tina's Wedding (Orlando), and Theatre Southeast (FL). 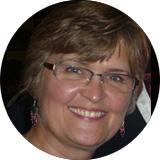 Erica Northcott, 2014, Canadian soprano, is an active performer in choral, early music, oratorio, operetta, musical theatre, contemporary theatre and commercial music. She has worked in North and South America, Europe and Japan, and is a member of EnChor and the Phoenix Chamber Choir. Erica is Head of Voice for the Music Department at Douglas College, Westminster, and is certified in Somatic Voicework™ the LoVetri Method. A graduate of the University of British Columbia, she is a member of NATS and ACTRA, adjudicates at festivals throughout western Canada, teaches privately, and leads a variety of workshops for singers. 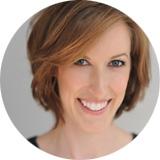 Sara Paar, 2014, soprano, is an enthusiastic performer of contemporary classical music, opera, vocal dance, and music theatre. Hailed as “astonishing,” Dr. Paar is a favorite with composers and has performed both traditional and new works with ensembles in the US, including Ensemble 365, One World Symphony, and The Choral Society of the Hamptons. Recent performances and recordings include works by Franghiz Ali-Zadeh, Marga Richter, Roscoe Mitchell, and Clarice Assad. Originally from Wisconsin, Sara recently completed her doctorate in music at The Graduate Center, City University of New York. Her dissertation, inspired by work with Joan Melton, investigates the neurology of speaking and singing and the impact that knowledge has on the technique of Sprechstimme and other speech-song techniques. www.sarapaar.com 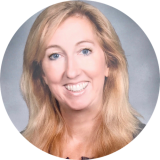 Elizabeth Smith, 2017, is a high school educator in Allentown, Pennsylvania. She is a Level II Certified Margolis Teacher and One Voice Practitioner, teaching both Advanced Placement Literature and Advanced Theatre Studies. She has worked on over fifty high school and community productions serving as choreographer, costumer, and director, and is passionate about integrating voice and movement in the classroom.

Jennifer Spencer (Hons), 2014, is an Edmonton-based actor, voice/text coach, director, playwright and theatre educator. She is on the Theatre Arts faculty at MacEwan University and directs mainstage productions, e.g., Pericles, The Skin of Our Teeth, The Trojan Women, The Malcontent, Macbeth, The Mating Season, which she adapted from the novel by P.G. Wodehouse, and Thebans: Oepdipus Jokasta Antigone. A multiple Sterling award nominee for her four-part adaptation of the novel Maggie-Now, Jennifer received a Sterling nomination for Outstanding Performance by an Actress as Grace in Faith Healer by Brian Friel, 2011 Edmonton Fringe Festival. She is a graduate of the National Theatre School of Canada and the Theatre Arts Program of Grant MacEwan University. 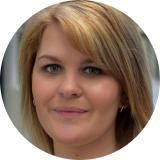 Caitlyn Stirling, 2017, is an aspiring Australian voice practitioner. She regularly works both on and off stage with theatre companies in Tasmania. Theatre credits range from directing and technical design to leading roles in musicals and classical theatre. Caitlyn is a graduate of Tasmanian College of the Arts, UTAS, Launceston, with a Bachelor of Contemporary Arts and an Honours Degree in Theatre. She is particularly passionate about heavy metal music, and is in process of exploring metal screaming as it relates to a range of theatre genres. 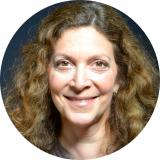 Janet Van Wess, 2017, teaches four comprehensive levels of acting and theatre arts in a suburb of Portland, Oregon. A native New Yorker, prior to beginning her teaching career Janet worked professionally in several genres of theatre performance in New York, Chicago and Portland. She is excited to continue her education in voice, acting and movement as she prepares to leave the realm of public education and return to private and professional endeavors. 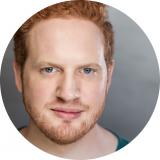 Jack Wallace (Hons), 2015, is an English voice practitioner specializing in dialect and classical text. Jack received his BA in Drama and Ethnomusicology from Queen’s University, Belfast, and MA in Professional Voice Practice from Birmingham School of Acting. These studies are part of a life-long journey of discovery of the different aspects of voice and performance. Now based in Los Angeles, he focuses on Dialect coaching and Voiceover and is always looking for ways to help actors connect with an accent to create a full body experience that can enhance and inform their performance. His special interest lies in working on Verbatim Theatre and Biographic performances—helping actors to re-create voices of "real people.”  www.voicecoachjack.com