An exploratory study, March – May 2010, University of Queensland, Brisbane, Australia 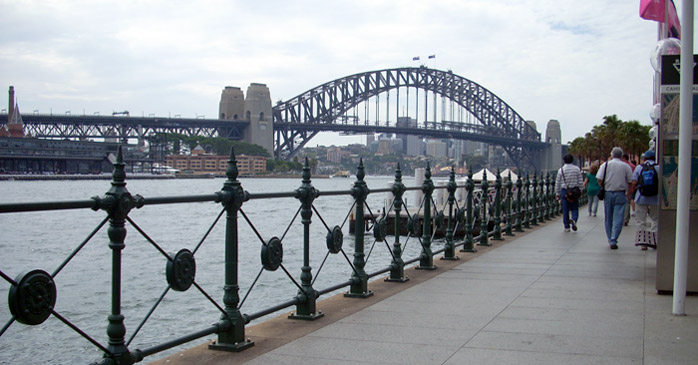 The first-ever voice study in the School of Health and Rehabilitation Sciences, University of Queensland, Brisbane, Australia, was undertaken March – May, 2010. Dr. Joan Melton led the project, and Professor Paul Hodges was the Chief Investigator. A pilot study by Joan Melton and Jane Grey, 2007 – 08, had been conducted at PhysioEd Medical, London, using ultrasound imaging to observe abdominal muscle activity during voicing, in easy to challenging physical positions. Subjects for both studies were professional performers.

In the Brisbane study, there were 31 participants: six actors, six classical singers, five jazz and six contemporary singers (three pop, one rock/heavy metal, and two country-pop, as well as one subject who represented both jazz and contemporary). In addition, there was a musical theatre category with three types of representation: (1) two contemporary singers who did musical theatre material; (2) two crossover singers who also sang opera and other classical repertoire; and (3) two triple threats, who were trained and experienced as actors, singers and dancers. Three researchers from the lab served as Controls. All of the experiments were filmed.

Mini-interviews conducted before each experiment provided valuable background and perspective from each subject.  For example:

Several contemporary singers commented on the advantages they felt their classical training had given them. Two subjects mentioned similarities and connections between jazz and classical. One musical theatre performer said, “Connecting to a lyric is so meaningful; you really catch the emotions,” and in her session she demonstrated that magnificently. What was most intriguing was that when she connected to the lyric, her trunk muscles were far more active than when she just sang.

And this from the interview of a seasoned crossover singer:

Q: …Any difference in what you do when you’re singing opera from what you do in musical theatre in terms of breath management?

A: I don’t think that I think of it in any way differently, but I do feel differences when I’m performing…

Then in the ultrasound section of the experiment following, we were amazed at the clear differences in what his abdominal muscles were doing from classical to musical theatre.

To measure movements of the chest and abdomen during breathing and voice tasks, Respitrace bands were placed around the upper and lower trunk at the levels of the navel and mid chest.

A facemask was used to measure airflow during the common vocal tasks (items 1 - 5 of the protocol). During performance(s) in specific genre(s) and during exploratory work, participants performed the tasks once with and once without the facemask.

In order to add specificity to the information collected regarding muscle activation patterns in the abdominal wall, additional, fine wire electrodes were offered and subsequently used with 26 participants. The procedure enabled recording from the transversus abdominis. As this muscle is deep, its activity cannot be recorded with electrodes placed on the skin. Instead, a small wire similar in diameter to human hair was inserted into the muscle with a needle guided by ultrasound imaging. Once the electrode was in place the needle was removed, leaving the hair-like wire in the muscle until the end of the experiment, when it was withdrawn.

With these measures in place, subjects went through the following protocol:

In preparation for the study, three researchers went through the protocol to refine procedures. However, as arrangements for filming had not yet been finalized, these sessions were not recorded.

With assistance from top voice specialists around the world, a list of technical expectations was drawn up for good voice use across the board, and for each category specifically investigated by the study. Following each experiment, observations relating to that list were recorded onto a spreadsheet in the category (or categories) represented by the respective participant.

The Project Proposal stressed the importance of having an excellent aural/visual record of the experiments, both for purposes of reference and for later use in teaching and clinic situations. However, as funding for the project was limited and filming was new to the lab, having a cinematographer onsite was eventually ruled out. As a result, the footage collected was made by a single stationary camera and, therefore, lacks the eye, flexibility, imagination and thoroughness of a collaborative audio/visual specialist. Two cameras would have been ideal, one focused on the computer monitor, the other on the subject. However, the footage collected is particularly valuable for two reasons:

On another note, since a wide range of performance genres was being considered, requirements for participation were left unusually broad; as a result, performers who were just starting their careers were included alongside seasoned veterans and even participants who were no longer performing regularly. In addition, several subjects had unusual health concerns and probably deserved the attention of a case study.

Nevertheless, the study was groundbreaking and succeeded in opening doors that heretofore had been securely shut. Nearly all voice research, up to the present day, has been with classical singers. Although a few studies have focused on country singers in the US (Cleveland et al, 1997, Hoit et al, 1996, Stone et al, 1999, Sundberg et al, 1999), neither actors nor musical theatre performers, nor jazz nor contemporary performers have been given similar attention.

This was an exploratory study and as such, was not designed to offer positive or negative feedback or to report on the relative efficacy of any particular technique(s).

As yet, we do not have the information anticipated from Respitrace and EMG data; however, observations from the video footage are exciting and suggest a wide range of topics for further research.

While additional analysis will likely continue, the following observations may made at this point. However, it is important to keep in mind that observed physicality and/or technical actions may or may not be genre-related, as there was enormous individuality among performers in every category.

Of the 31 participants, 17 had a lowered, or somewhat dropped sternum, as opposed to a lifted, or actor neutral (not thrust forward), sternum. Breaking that down by category:

Features accompanying the lowered sternum tended to include: backward tilt (or tuck) of the pelvis to a greater or lesser degree, and shoulders that were more or less rounded.

Overall, classical and crossover singers tended to inhale silently, actors and triple threats were evenly divided between audible and inaudible, most jazz/contemporary singers used audible inhalations, and controls tended to be inaudible.

Intended breathing strategies are still being investigated; several jazz/contemporary performers said in their interviews that they chose not to focus on a particular breathing method. Most participants used some combination of abdominal and thoracic activity, and a few used clavicular breathing: 2 actors, 1 classical singer, and 1 contemporary singer.

Early in the study, both ultrasound imaging and the EMG traces frequently showed a virtual dance between transversus abdominis and the voice. This was not unexpected, as the pilot project in London had revealed a similar pattern. However, as the study progressed we began to see other patterns as well, so further investigation, analysis, and documentation of muscle activation patterns is clearly needed.

Also as observed in the London project, internal and external obliques appeared to work independently, rather than as a unit, the internal muscle frequently acting as side kick, or assist to transversus and the external muscle serving more of a postural function. However, as these actions were not consistent across genres, further investigation is needed.

The greatest excursion of abdominal muscles—specifically, wide release for inhalation and clear engagement for voicing—was seen in actors and classical singers via ultrasound imaging. Far less movement was observed for jazz and contemporary singers, while musical theatre crossover and triple threats fell somewhere in between. Although larger populations would be required to generalize any of these preliminary findings, likely contributing factors to observed differences are:

A DVD is available showing 19 excerpts from ultrasound sessions, organized by category. The ultrasound portion of several experiments either was not filmed or the camera was incorrectly positioned.

Then as the study progressed, we began to see other patterns, including what appeared to be far greater involvement of the chest wall in phrasing. However, as these differing patterns were not clearly defined by genre and, in some cases, may have been unique to individual performers, additional investigation with larger populations is needed.

The project at UQ was a brilliant beginning and unusual, in that each subject performer was sincerely interested in the topic under investigation. However, future studies into breath management and/or other aspects of vocal technique should keep in mind the overarching importance of the sound itself. In this regard, audiovisual expertise will be essential and should be integral to the project design.

The ‘live’ voice has historically been regarded as an unreliable source of information in relation to that which has been written down and evidenced by sight…This points to a long-standing tension between the academic and the practitioner traditions (p 11).

That particular tension was notable in the working environment at UQ, and as analysis progressed there seemed an apparent disconnect between the visual data and the sound it represented.

Nevertheless, ideas for research coming out of the project have been numerous:

An American actor/director has volunteered to film a documentary focusing on a single genre: for example, jazz singers in several parts of the world; classical actors in the UK, US and Australia; or stylistic differences between country singing in Australia and the US.

Actors frequently mention the connection between emotion and muscle activity, and Robert Lewis, at University of Tasmania, Launceston, would like to study extended voice use in highly physical positions and movement.

What are the differences in muscle activity when singers are working with or without amplification?

What muscle activation patterns are observed in abdominal and chest walls during the use of techniques such as anchoring and rib reserve?

Sean Andrews, who participated in the Brisbane study, contributed an essay on vocal crossover to the Singing section of the Voice & and Speech Review 2011. In it, he suggests the need for additional research into crossover techniques.

And in yet another kind of vocal crossover, a study is currently underway focusing on rock singers who are also actors. In my experience, the combination is dynamite!